We think being easily reachable by your clients is the first step in good legal representation. You can easily contact any of our lawyers or paralegals by telephone, text, or email.

Our paralegals are the lifeblood of our firm. You will have a lawyer and a paralegal assigned to your case so you can always reach someone as we work on your case. If somehow both your lawyer and paralegal are busy, our phone system will automatically ring the next available team member where our electronic case tracking system allows anyone in the firm to quickly retrieve information. 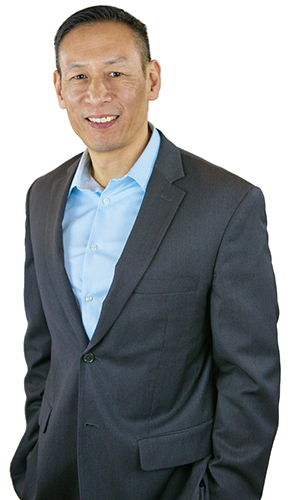 Emery has been in practice in Oregon since 2009. Before becoming a lawyer, he had a graphic design studio in Austin, Texas, with fellow artist A.J. Garces. They were one of the first custom clip art companies in the mid 1990s, and their last project together was an Aerosmith album cover in 2012.

Emery grew up in South Dakota and went to college in Minnesota. He has also lived in New Jersey, Maryland, Pennsylvania, California, Washington, and Texas. He served in the SD, MN, and TX Army National Guard in the 1980s and 90s. After living in Texas for 17 years, he moved to Oregon.

While attending law school, he worked as a Multnomah County District Attorney, and has been a full time personal injury lawyer since then. He has also served as traffic court prosecutor for the City of Fairview, Oregon, and continues to work as a volunteer attorney for the Domestic Violence Project at Legal Aid Services of Oregon. Emery served on the Board of Governors of the Oregon Trial Lawyers Association from 2014-2016.

Emery’s favorite pastime is discussing things you’re not supposed to discuss in polite company, and playing and tinkering with pianos. His wife and two kids are mildly impressed. 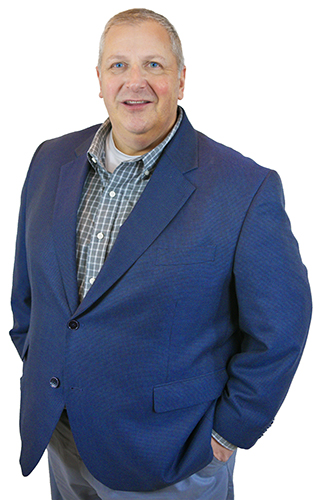 Since 1996, Paul’s professional focus has been litigation of serious injury and insurance-related disputes. He holds a prestigious “AV” rating from Martindale- Hubbell©, demonstrating that his peers rank him at the highest level of professional and ethical excellence. During his first 13 years in practice, Paul worked with several large law firms, defending insurance companies. In 2009, Paul moved his practice to the suburbs of Washington County. Since then, it has been his privilege to represent good people injured by the negligence of others. Paul was honored to serve a full term as Judge pro tem on the Washington County Circuit Court. He currently serves on the Court’s Arbitration, Local Rules, and Bench/Bar Committees and as an arbitrator in court-mandated and private arbitration proceedings. When not working, Paul enjoys spending time with his family, sports, music, and fishing. He is in passionate pursuit of the perfect smoked brisket and also known to play poker and dominoes with his buddies. 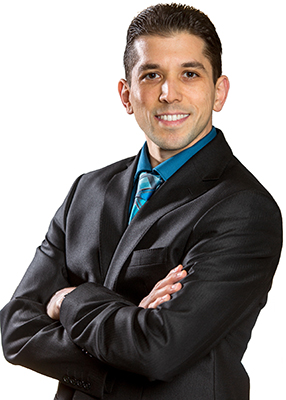 Nathan has been an attorney since 2009. During the course of his career, he’s litigated cases ranging from auto collisions and premises liability suits to multi-million dollar business disputes. He grew up in Las Vegas. He worked two jobs to put himself through college and graduated cum laude with a Bachelor of Arts degree in History from the University of Nevada, Las Vegas. He went on to graduate from UNLV’s William S. Boyd School of Law where he earned recognition for his skills in trial advocacy. He is licensed to practice law in both Nevada and Oregon. Nathan is very active in the community. He serves as president of the Hillsboro Schools Foundation where he works to raise money to fund innovative programs for kids in public schools. He volunteers as a youth mentor through Portland State University’s Explore the Law program as well as in Lewis & Clark Law School’s mentorship program. He is also co-chair of the membership committee as well as the minority caucus of the Oregon Trial Lawyers’ Association, graduated from its Leadership Academy in 2017, and won its New Lawyer Award in 2019. He also served as president of Business Networking International’s Sunset West Connections Chapter in Hillsboro from 2018-2019. In his spare time, he enjoys reading, hiking, kayaking, and watching football.

Known for her drive, persuasiveness, and work ethic, Mona has litigated and victoriously resolved numerous complex personal injury and insurance cases. Mona’s legal career has focused on serious injury and insurance-related matters in Washington and Oregon. Mona has worked both as a plaintiff’s personal injury attorney as well as an insurance defense attorney for workers’ compensation claims. With her valuable experience and knowledge, Mona uses her unique insight to represent injured individuals in personal injury claims throughout Oregon and Washington.

Mona speaks fluent Farsi and conversational Spanish. She is licensed to practice law in Oregon and Washington. 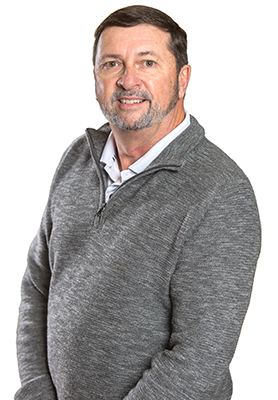 Pete was an auto claims insurance adjuster and manager for over 30 years, where he consistently won awards for customer service and superior claims handling. His experience provides valuable insight and guidance about your injury case. He can easily spot insurance claims mishandling and helps the firm identify when clients might have a claim against their own insurer. Whether you are having troubles getting their car fixed, a rental set up or wage loss payments on time, Pete can help as he routinely handled these issues for insurance companies in the past.

Pete hails from Gibbsboro, New Jersey. He was a security police officer in the United states Air Force, surviving winters in Duluth, Minnesota. He also worked in security and risk management for various high-tech facilities in Silicon Valley. Away from work, Pete is an avid golfer who plays year-round and is an active member of the Rose City golf club since 1991. 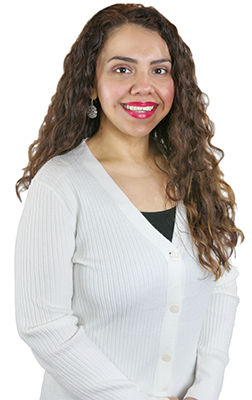 Juanita has worked as a Spanish interpreter for an insurance agency and for various medical providers. She has also worked as a bank teller, home loan coordinator, and shipping and receiving administrator. Juanita manages cases for our English and Spanish speaking clientele at the Gresham office. She also handles Medicare and Medicaid compliance issues for our injury clients. Outside of work Juanita manages a husband and two boys. She is into health and fitness and regularly torments her office mates by signing them up for obstacle courses and things that get them muddy.
back to top 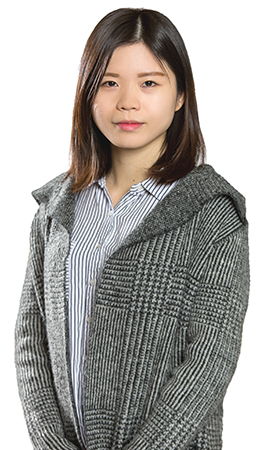 Yan is our records and data specialist. When your medical care is complete, Yan will request all your medical records and bills from your providers and making sure all medical bills and subrogation claims are accounted for. She is also the lead paralegal of our Chinese-speaking clients and is fluent in Chinese Mandarin, Cantonese, and Taishanese.

Yan is a graduate of the University of Oregon and majored in political science. She worked as a Student Affairs Support in University of Oregon, School of Law when she was a senior. Ever since she can remember, she has wanted to work in law, and have a job that helps others. After graduating from college, Yan worked as a medical interpreter while searching for the best law firm to work for, then became a member of Vames & Wang a couple months later. In her spare time, she enjoys swimming and hanging out with friends. Periodically, she brings her boyfriend to Vancouver, BC to get his hair cut. 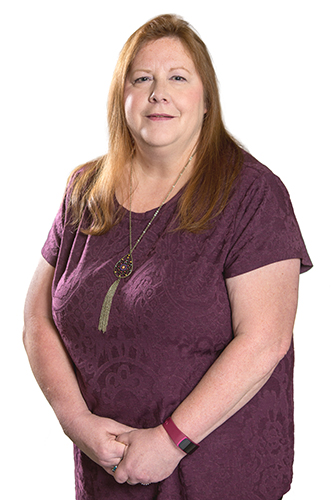 Vicki brings extensive experience and talent to our firm in the areas of personal injury, toxic torts, medical negligence, and insurance law. For over 20 years she has worked with trial attorneys on behalf of their injured clients. She is our lead litigation paralegal and has a keen understanding of pleadings, discovery, and trial preparation.

Vicki assists clients primarily in our Hillsboro office. She provides each client with individualized personal attention and works with our attorneys to ensure the best possible outcome for each case.

When not working, Vicki enjoys camping, reading and going to the movies with her husband. She is also kept frequently and regularly occupied by her young grandson. 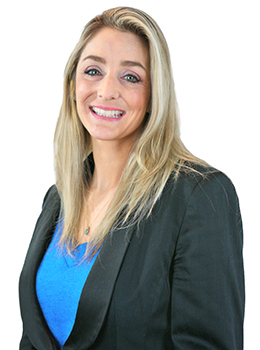 After receiving her associate degree in paralegal studies from Pioneer Pacific, Veronica Amato, has been a paralegal assisting in Personal Injury, Worker’s Compensation, Estate Planning, and Family law. As the newest paralegal to our team she is also assisting in our litigated cases.

Prior to being a paralegal, she was a stay at home mom for eight years to her two sons who are her inspiration. Being a stay at home mom allowed her time to realize that she wanted to work in a field that can bring justice to others and help them achieve that. She enjoys music, hiking, camping and spending time with friends and family.